A selection of images from Archdeacon Williamson's magic lantern series 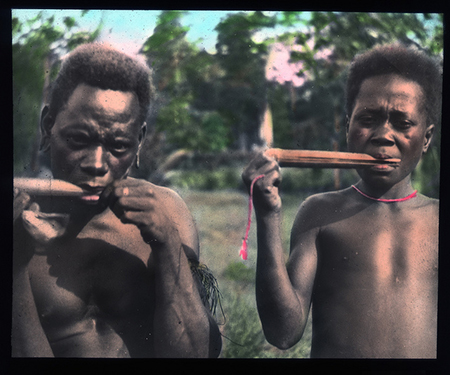 These images were scanned from items in the Williamson Collection of some 450 photographic glass slides and other items, which was acquired by the archives section of the Auchmuty Library. The collection was assembled by Archdeacon A. N. Williamson, who served for many years in the diocese of Newcastle, as well as travelling extensively in the South Pacific area. The collection vividly portrays town and country life in Australia, particularly in Sydney and the Hunter Valley, soon after the turn of the century. The collection also illustrates life in Japan, Papua New Guinea, Nauru and Fiji, from the turn of the century until the mid-1930s.
See the collection on Living Histories @ UON.