The History of the Diocese 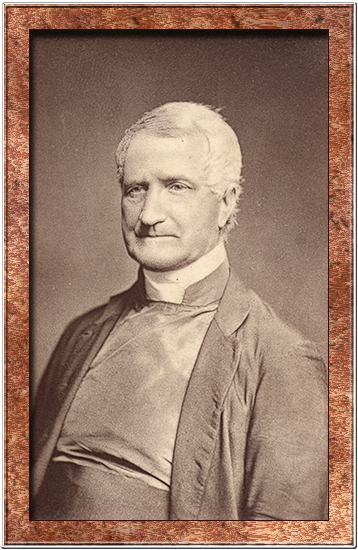 The Diocese of Newcastle was founded by Royal Letters Patent in 1847. The boundaries of the new See were thus defined: From the Hawkesbury River in the South, to the 21st Parallel of Latitude on the North, and from the Pacific on the East, to the boundary of South Australia - the 141st degree of Longitude - on the West.

On the 29th June, St. Peter's Day, of that year, the Reverend William Tyrrell was consecrated in Westminster Abbey as the first Bishop and on the 30th January of the following year (Dr Tyrrell's forty first birthday) he was installed in the Cathedral at Newcastle. There were 14 Clergy in the Diocese including two whom the Bishop had brought with him.

The boundaries of the Diocese as now existing are thus described: Commencing at a point on the coast where Cathie Lake empties into the ocean; thence by Cathie and Ten Mile Creeks to the top of Broken Bago Range; hence by that range to Mount Comboyne; thence by an imaginary line running westward to the intersection of the counties of Parry and Vernon; thence in a South Westerly direction, following the Liverpool Range to the Goulburn River; thence by the river to a point above the villiage of Bylong; thence by the mountain range in a Southerly direction to the Colo River at its junction with the Putty Creek; thence by the Colo and Hawkesbury Rivers to the coast; thence in a Northerly direction to the point of commencement.

Dr Pearson was the next occupant of the See. He resigned in June, 1889, after 9 year's labour, leaving a clergy roll of 44.

In November 1890, The Right Reverend George Henry Stanton, D.D. was transferred from North Queensland to the vacant See. He died 15 years later, on 4th December, 1905.

John Francis Stretch, D.D. sometime Coadjutor-Bishop of Brisbane, and afterwards Dean of Newcastle, was elected as Dr Stanton's successor, at a special session of Synod, held in February, 1906. He occupied the See for 13 years, when failing health led himto resign as from June 30, 1919. To the very great regret, however, of all who knew him, he did not live to enjoy his retirement. His death occurred on 19th April, 1919. During his episcopate the clergy roll increased from 45 to 70.

As successor to Dr Stretch, the Right Reverend Reginald Stephen, D.D., at that time Bishop of Tasmania, was elected on the 8th April, 1919. He resigned the See as from 1st March, 1928. During his episcopate a great advance was made in Diocesan institutions. St Alban's Home for Boys, St Elizabeth's Home for Girls, St George's Training Farm, St Hilda's Hostel for Girls, St Stephen's House for the early training of canindates for the ministry, and the Broughton School for Boys being established; and the Provincial College of St John was removed from Armidale to Morpeth. The number of licensed clergymen in the Diocese had reached 95.

The Right Reverend George Merrick Long, C.B.E., LL.D., D.D., then Bishop of Bathurst, was elected to the See at a special session of Synod on the 6th December, 1927, and was enthroned in Chrish Church Cathedral, Newcastle on the 1st May, 1928. Death claimed him with tragic suddenness whilst attending the Lambeth Conference in 1930. By reason of his death the Church lost one of its more prominent ecclesiastics, whose wisdom and statesmanship in the great problems of Australia left an indelible record of unselfishness, character and efficiency both within and without the Church.

Following on his demise, a Special Session of Synod for the election of a Bishop was summoned by the Administrator of the Diocese, the Venerable H.A. Woodd, B.A., Archdeacon of Newcastle, which met on the 9th September, 1930; but as the Synod failed to elect a Bishop, the responsiblility in accordance with the terms of the relative Ordinance, devolved upon the Bishop Election Board, which on the 14th day of November, 1930, elected unanimously to the vacant See the Right Reverend Francis de Witt Batty, M.A., Th. Soc., who accepted the position and was duly enthroned in the Cathedral Church of Newcastle on the 3rd day of March, 1931.

Bishop Batty resigned the See as from the 30th September, 1958. During his long Episcopate of twenty-eight years, he made a marked contribution to the life of the Diocese and to the Church and community in general.

The two outstanding projects were the establishments of the C.A. Brown Homes for the Aged, and the buying and re-establishing of St. John's Theological College, Morpeth. His contribution to the wider Church was well recognised, in particular his long leadership of the Constitutional movement, culminating in the acceptance of a Constitution by General Synod in 1955.

The Election Synod met in April, 1958 and elected The Right Reverend James Alan George Housden, B.A., Th., D., Bishop of Rockhampton, who was transferred and enthroned on the 21st November, 1958. He held office for fourteen years when declining health led to his resignation as from the 31 December, 1972. His occupancy of the See was marked by a deep pastoral concern for clergy and people alike to the great gain of the whole diocese in union and concord.

The Election Synod met on 16th October, 25th November, 1972 but failed to elect a Bishop. Under the provisions of the election ordinance the election of the Bishop was delegated to Diocesan Council, which on 7th December, 1972 elected The Right Reverend Ian Wotton Allnut Shevill, M.A., Th. D., General Secretary of the United Society for the Propagation of the Gospel and formerly Bishop of North Queensland. Bishop Shevill was enthroned on the 6th August, 1973.

His episcopate was marked by a reconstitution of the administration under six Portfolios, the strengthening of the finances of the diocese, the enlargement of bonds with the community, the beginning of plans to extend the C.A. Brown Angican Village and to complete Christ Church Cathedral.

Ill Health caused him to resign the See on 30th September, 1977. The Election Synod met on the 12th November and elected the Right Reverend Alfred Charles Holland, then Assistant Bishop in the Diocese of Perth. He was enthroned on 24th February, 1978 in Christ Church Cathedral.

Bishop Holland resigned the See on 6th August, 1992, the twenty-second anniversary of his consecration as a bishop. During his episcopate there was the construction of Bishop Tyrrell Lodge at the Morpeth Conference Centre, the creation of new parishes, the development of The Samaritans Foundation and specialist chaplaincies. He was a strong advocate of the ordination of women.

The Election Synod was summoned by the Administrator of the Diocese, The Very Revd. G.R. Lawrence, Th. L., and met on 1-3 October, 1992. The Synod failed to elect a Bishop. A further Synod met on 11-12 December, 1992 and elected The Right Reverend Roger Adrian Herft, B.D., B.Th., then Bishop of Waikato, New Zealand. He was enthroned on 6th May, 1933 in Christ Church Cathedral.