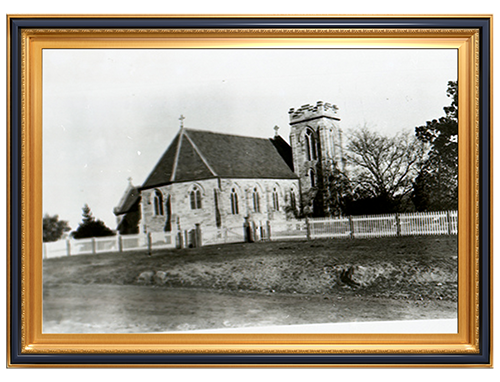 Canon John Carlos William Stretch was the son of the first Australian-born bishop of the Anglican Church, Bishop John Francis Stretch, who served as Bishop of Newcastle from 1906 – 1919.

He was a photographer of note and loved keeping journals of his travels around the countryside in his automobile. He was also greatly interested in Aboriginal culture, especially the native languages, leaving a voluminous collection of word listings, indexes, manuscript notes, newsclippings, as well as a modest library. His correspondence reflected his interests in Aboriginal place names and fascination for the language and culture. In this regard he resembled another clergyman, the Rev L.E. Threlkeld, who, with his Aboriginal advisor, companion and friend, Biraban, recorded the words and soundings of the Awabakal language and other indigenous tongues of the Region. Canon Stretch’s papers were donated by Mrs Helen Pankhurst, and accessioned by Mrs Josie Stevenson.

Arthur E. Henderson. Illustrated with drawings by the author and photographs.

A7741(i)
File labelled ABO 43-49B Folder containing exercise books and a binder file and an envelope.