Aboriginal collections held by the University of Newcastle, Australia 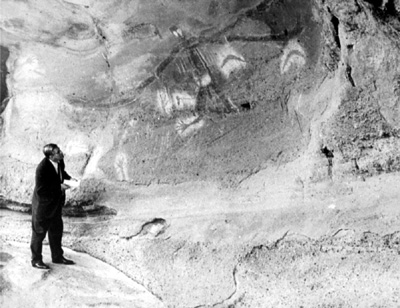 The Percy Haslam Collection, which forms the foundation of our Aboriginal research collections, arrived in 1977 when Percy had been appointed the University of Newcastle's visiting convocation scholar in residence researching Aboriginal dreaming, history, culture and language.

He had come to the University after retiring from the Newcastle Herald, where he had worked for forty four years as its industrial and political roundsman and associate editor. In May 1984, in recognition of his wonderful work in indigenous culture and language, he was presented with the Honorary degree of Master of Arts, honoris causa. Percy Haslam died on September 17th 1987 leaving a body of work reflecting his love and passion for Aboriginal culture.

Since Percy's death, the Collection has been of enormous interest for people researching the native culture of the region. The Collection comprises his research papers, notes, photographs, books and artefacts. They are a personal record of his investigations. He spoke to many people, white and black, and recorded what he learned from them. Percy's investigations into the native languages of the region has recently inspired and spawned at least five independent researches into the native tongues of the region, meaning that there is a chance that in future we may see our native Aboriginal tongues of this region taught in schools along with english. This was one of Percy's dreams.

A5410(i)
Aboriginal myths and legends and other material relating to the Aborigines of Eastern New South Wales [Typescripts], 1977-1979.

A5410(ii)
Xerox copy of above Pioneer reminiscences - based on the writings and reminiscences of Mr A.W.S. MacKay who died in 1957, aged 90.Typescript by Mr P.A. Haslam relating to mid - North Coast Tribal History, 1978.

A5410(viii)
Typed information on Boomerang (A5416) and the site where the Boomerang was found in the Wallanbah district near Gloucester.

A5410(x)
Xerox copy of The History of Bulga near Singleton N.S.W. from 1820 to 1921 by A.N.Feather, and a description of the last combined Bora ceremony on the family property in 1852. See also A6719A for 7 colour slides of Aboriginal cut trees from the Grahamstown Area.

"All articles, except those marked with W (Wonarua) are of the Awabakal tribe, mainly from the western side of Lake Macquarie. These are black in colour, compared with the reddish wood used by the Wonarua tribe. Woods are preserved by being rubbed with Possum or Wallaby fat. River or Water Gum is light in colour when young, but turns red when matured. Myrtle is a very heavy wood. Hind wood is a very hard wood. River and Water Gum (Triftania Laurina) Black Wattle (Acacia Decurrens). Note Ring Gidgee (Cambagei)
gives off a nasty ordour when damp or wet."

A5414(iii)
Pamphlets, copies of documents , plans and photograph, relating to Newcastle and Sydney transport history including:

A5414(vii)
Photographs: Australian and New Zealand soldiers at Gallipoli, 1915. [Enlarged from film found on the beach at Gallipoli, made available to the Gallipoli League of Anzacs at Hamilton].

A6707(i)
Second report from the Select Committee of the Legislative Assembly upon Aborigines, 1981.

A6710
Aboriginal sites: reports, surveys and correspondence, 1982-1986. [Includes surveys of proposed development at Tea Gardens and Kerrabee Dam near Muswellbrook, 1982]

A6711
Myths, legends and ceremonies.

A6712
Aboriginal History and Culture

A6712(iv)
Aborigines of the Hunter Region

A6716
Manuscript notes on Aborigines and Hunter Valley history.

A6717
Papers relating to Aboriginal Studies

Glass slides of tree cuts in the Grahamstown Area

Notes on the photographic collection

A6721(iii)
Records relating to the journals of Lady Isabella Louisa Parry, 1828-1983, and photographs of Charles, Edward and Isabella Parry.

"The Early History of Newcastle and the Progress of the Coal Industry" address by J.Fallins, November 27th 1948.

A6725(iv)
Transcript of an interview with Mr Rod Harden, General Manager of B.H.P. on the future of the steel industry in Newcastle [n.d.].

Australia in the 80’s and the future, by Harold C.Wells [Typescript].

Shipbuilding at Eagleton (near Raymond Terrace N.S.W. and William McPherson and family history. At least 30 vessels were built).[Manuscript n.d.]1799-1886.

A6725(xi)
Typescripts of interviews and reminiscences:

A6725(xix)
Recommendations for the development of oil and gas resources and gas from coal. [n.d.]. 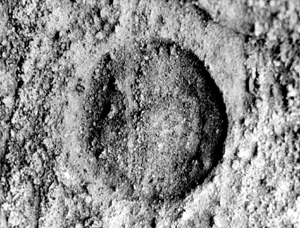 A7771(iii)
Copy of The Port Stephens Blacks: The Recollections of William Scott [1929]