We are happy to announce the arrival of the Tanner Library, the personal collection of some 6,000 works dating from the early 17th century belonging to the late Professor Godfrey Tanner (1927-2002). Previously housed at his residence known as "The Bestiary", highlights of the collection include the beautiful engraved works of antiquities from Etruria and Herculanum by Francois Anne David (1741-1824) 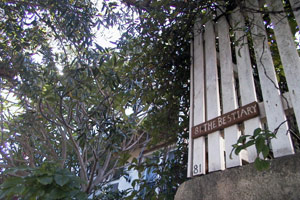 Professor Tanner started seriously collecting books when he went on a scholarship to Cambridge in 1950. During this time he opened accounts at the leading Cambridge bookshops from which he regularly ordered books when he returned to Australia. Opportunities for study leave and particularly conference leave, when plane travel became widely available in the 1970s, enabled him to considerably strengthen his collection with rare books in the areas of his major academic interests. 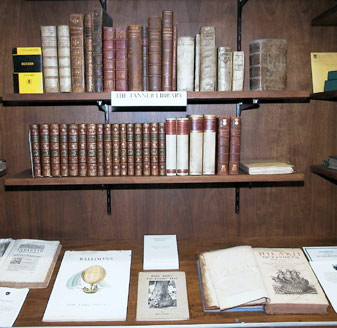 Professor Tanner’s antiquarian books are mainly texts and commentaries on Latin and Greek classics. They are not only a fine complement to the present collection of pre-1800 religious books in the Auchmuty Library but a very valuable research acquisition for Australian scholars interested in the classics and the history of the Western tradition of ideas and artifacts. In Newcastle they also help provide through exhibitions and other Rare Book activities such as lectures an exposure to artifacts from times before much of our own history, reaching back as far as the sixteenth century. 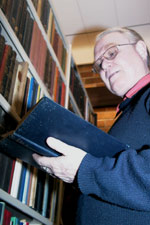 The greater part of Professor Tanner’s library is composed of a wide number of books dealing with various aspects of the Classical Tradition. Texts of Latin and Greek classics, histories of the ancient world, its literature and ideas - religious, philosophical, social, political - studies in the form and development of ancient languages, commentaries on texts and so on in English, French and German. Here as before the collection is marked by the rarity of many of its works, especially the nineteenth century editions, which he was able to find in his many trips to Cambridge bookshops. They make up a valuable research collection for serious work in the Classics. The same would be true of the books dealing with Sanskrit and Indian studies which grew out of his classical interest and which he lectured on in the University both before and after his retirement.

One class of works in the library which occurs in the two overlapping sections mentioned above is Professor Tanner’s interest in the history of the Christian tradition in antiquity and more recent times. He published a large number of articles in this broad area and his library contains many works relating to theological and church histories. Some of these works, in fine nineteenth century editions, were donated to him by a friend. They also include the recent and ongoing reprint of the great Migne edition of the Church Fathers to which he was subscribing. 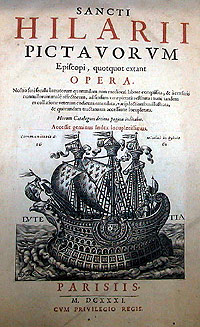 Other sections of his library which ought to be noted are his fine collection of reference works which are a useful addition for scholars working in the Rare Book Room, as is the case in other such rooms in university libraries. And there are many works, some exceedingly rare, dealing with the history of the university tradition, works relating to the Rig Veda and Indian religious tradition and other general issues about which he cared.

All told Professor Tanner’s library is a most valuable scholarly collection. It was built up over a large number of years with clear scholarly intent. He was aware of its value and anxious that it should be of use to his friends and scholars. There are not many personal libraries like it in Australia and in certain respects it is probably the only one of its kind. It would not be an easy task to try to assemble such a personal library of its range and depth today.