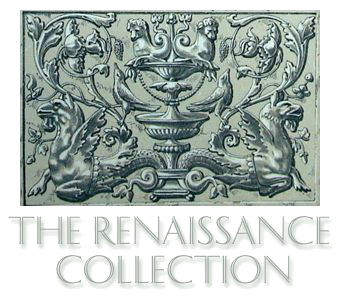 XCVI [Ninety-six] sermons by the Right Honourable and Reverend Father in God, Lancelot Andrewes, Late Lord Bishop of Winchester. Published, by His Majesties speciall command. The fourth edition. With an alphabeticall table of the principall contents. Whereunto is added, a sermon preached before two kings on the fift [sic] of August, 1606.

London : printed by Richard Badger, printer to the Prince His Highnesse, 1641.

An Historicall Discourse of the Uniformity of the Government of England. The first part. From the first Times till the Reigne of Edward the third [and] The Continuation of an Historicall Discourse, of the Government of England, Untill the end of the Reigne of Queene Elizabeth. With a Preface, being a Vindication of the ancient way of Parliaments in England. By Nath: Bacon.

Barclay his Argenis or, The Loves of Polyarchus & Argenis. Faithfully Translated out of Latin into English, by Kingswell Long Esquire. The Second Edition, Beautified with Pictures. Together with a Key Praefixed to unlock the whole Story.

One of the early works of fiction written by an Englishman. It is an allegorical romance based on the French wars of religion. Originally written in Latin, this is the first English version.

[London : imprinted for the Company of Stationers, 1628]. Title page missing

Contains many handwritten notes of ownership dating from 1641 by a Richard Dodsworth. In July 1917 the book was presented to St. John's College Armidale by F.J. White Esq.

Annotations upon the five bookes of Moses, [and] the Booke of the Psalmes, and the Song of Songs, or Canticles. Wherein the Hebrew Words and Sentences, are compared with, and explained by the ancient Greeke and Chaldee versions… by Henry Ainsworth.

(Donated by student at the Central Coast Campus)

Enquiries Touching the Diversity of Languages, and Religions through the cheife parts of the world. Written by Edward Brerewood…

With bookplate of Scott Chad and book-label of John Sparrow.

Two and Twenty Lectures upon the First Five Chapters of Jeremiah. With Prayers Annexed, at the end of every Lecture by Master John Calvin …

Steps to the Temple, Sacred Poems. With the Delights of the Muses. By Richard Crashaw… The second Edition wherein are added divers pieces not before extant.

[Herbal] Physicall Directory ; or, A translation of the London Dispensatory Made by the Colledge [sic] of Physicians in London … By Nich. Culpeper Gent.

His devine Weekes & Workes. Translated & Dedicated To the King's most excellent Majestie by Josiah Sylvester.

The Mystery of selfe-deceiving : or, A Discourse and discovery of the Deceitfulness of Man's Heart. Written by the late Daniel Dyke … Published since his death by his Brother I. D. And now by him augmented and inlarged …

[ELIZABETH I, Queen of England]

An humble petition of the Communaltie to their nost [sic] renowned and gracious Soveraigne, the Lady Elizabeth… Also the lamentable complaint of the communaltie, by way of Supplication to the high court of Parliament, for a learned ministerie renued and augmented [and] A petition made to the Convocation house, 1586, by the godly ministers tending to reconciliation, and translated into English …

With bookplate for the Southampton Theological Library and Mss Henry Wood Cambridge, and J. Draper on title page.

Golden Epistles, contayning varietie of discourse, both Morall, Philosophicall, and Divine : gathered as wel out of the remaynder of Guevaraes workes as other Authours, Latine, French and Italian, By Geoffrey Fenton. Newly corrected and amended.

The First Volume of the Ecclesiasticall History contayning the Actes & Monumentes of thinges passed in every kinges time, in the Realme, especially in the Church of England … [and The Second Volume of the Ecclesiasticall History conteyning the Actes & Monumentes of Martyrs, with a generall discourse of these latter persecutions … ] Newly recognised and inlarged by the Author J. Foxe, 1576 [ie the third edition].

The Couragious Turke, Or, Amurath the First. A Tragedie. Written by Thomas Goffe Master of Arts, and Student of Christ - Church in Oxford, and Acted by the Students of the same House.

(Donated by the Friends of the University).

From the Library at Gunton Park, Norfolk. Autographed signatures on endpapers and title page. STC12444

The Contemplations upon the History of the New Testament, now complete : The second Tome. Together with Divers Treatises not hitherto reduced to the greater Volume : And, Some others never till now Published by Jos : Exon.

An Italian Grammar written in Latin by Scipio Lentulo a Neapolitane : and turned in Englishe by H[enry] G[ranthan].

The Inrichment Of the Weald of Kent : or, A Direction to the Husband-man, for the true ordering, manuring, & inriching of all the Grounds within the Wealds of Kent and Sussex … Painfully gathered for the good of this Iland [sic], by a man of great Eminence and Worth, but revised, inlarged, and corrected with the consent, and by conference with the first Author. By Gervase Markham.

A Revindication of the Anoynting and Priviledges of Faithfull Subjects. Or, A Briefe Reply to an idle Pamphlet, intituled, An Answer and Confutation of that groundless Vindication of Psal. 105-15 (Touch not mine Anoynted, and do my Prophets no harme … [by William Prynne].

(Donated by the Friends of the University).

A Restitution of Decayed Intelligence : In antiquities. Concerning the most noble and renowmed [sic] English nation. By the studie and travaile of R. V. Antwerp : Printed by Robert Bruney, 1605.

The Priviledges of the Baronage of England When they sit in Parliament. Collected (and of late revised) by John Selden …

The Maides Revenge. A Tragedy. As it hath beene Acted with good Applause at the private house in Drury Lane, by her Majesties Servants. Written by James Shirley Gent.

Small 4to, decorative panels, gathering H has 8 not 4 leaves and so 8 pages blank. Bound in 19th century half morocco.

With bookplate of Edmund Gosse.

From the library of George Baillie one of the Lords of the Treasury with bookplate (dated 1724) and mss on title page.

Each part has its own title page.