Every day in the lives of Archives and Rare Books staff is different and unique.Last Monday we received the University’s first international Rare Book donation.It came in the post from New York City, in a small brown paper package. We were expecting it.Within that perfectly ordinary package was a rare 1919 German edition of James Joyce’s Exiles - one of Joyce’s German-translated works that influenced avant-garde writing in Germany during the 1930’s.

The Exiles – Verbannte in German – is a gift from the New York City-based American Friends of James Joyce, and is given in memory of an extraordinary woman, Rosi Moses-Scheuer, a German-American book dealer and book collector who spent most of her life in New York City. 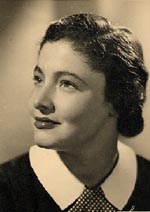 The story of Rosi Moses-Scheuer’s life is nothing less than incredible. Rosi was a German Jew who left Germany in the 1930’s and went to live in France, where she met her husband-to-be. When Germany invaded Poland they were sent to separate internment camps in different regions of France. She spent several months there. After the French-German armistice she was released, but, unable to find her fiance, she stayed at the camp until one day she received news that her fiance was in Marseilles. There they lived for three months in hiding, as German police agents were picking up anyone suspected of being of Jewish origin and taking them to the concentration camps. In Marseilles Rosi and her husband Ernst married, sneaking away to the Marseilles courthouse and back to their hotel under the noses of the Gestapo of occupied France. Since they could not get an exit visa from the French, then made a mad dash across the Pyrenees on foot. But they were arrested in Spain and put in prison for four months, after which they were ejected back into France (which was exactly what they did not want), where they hid from the Gestapo yet again until they could get the proper visas out of France, through Spain, and into Portugal, where they had a ticket to New York City aboard the SS Navemar. Finally the visas came and they went. On the Navemar they, like most others on board, contracted typhus, but survived, and eight weeks later arrived safely in New York, where they would spend the rest of their lives. Rosi wrote in her journal: “After we had given up all hope of arriving in America, we docked in New York harbor. The day of my arrival in the New York harbor was one of the happiest of my life. Only one thing dimmed my joy: the thought of those who could not come here, of the friends and fellow sufferers we had to leave behind. That thought still haunts me. I know only too well with what fear, need, and doubt those people live.”

Rosi and her husband became book dealers in New York City, and established quite a collection of their own. Somewhere along the way they found some copies of Joyce’s Verbannte, which they kept until they died – he many years ago, she, a year and a half ago.

Rosi Moses-Scheuer was the Grand Aunt of Geoffrey Hoefer of New York City, who arranged the donation by the American Friends of James Joyce to the University of Newcastle. When Geoffrey Hoefer searched the Internet for Joyce collections he found the James Joyce Rare Books section of the University of Newcastle Library website and was impressed. Mr. Hoefer corresponded by email with Gionni di Gravio (the Archives and Rare Books website designer) and negotiations were started to have the book donated and added to the University’s James Joyce Rare Book Collection. 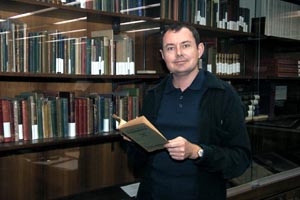 The University of Newcastle expresses its deep appreciation to Geoffrey Hoefer for arranging the gift through the American Friends of James Joyce, and for providing an account of Rosi Moses-Scheuer’s incredible wartime experiences.

The University of Newcastle honours its many benefactors, and especially an extraordinary woman: Rosi Moses-Scheuer, survivor of the Holocaust and book collector of New York City.