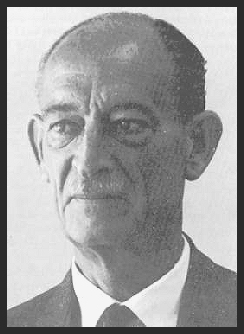 George Alfred Edwards, Bachelor of Arts and Bachelor of Science of St. John's College in the University of Oxford, Associate Member of the Institute of Chemical Engineers, Associate of the Royal Institute of Chemistry, Managing Director of Courtaulds' (Australia) Ltd., formerly Chairman of the Council and recently elected first Deputy Chancellor of this University. After a brilliant University career, George Edwards made a brief incursion into academic life as a Lecturer at Kings' College, London before he decided to make his career as a scientist in industry. This combination of academic and administrative gifts led to his being sent to Australia as local Managing Director when his firm decided to extend its activities in this country. Those who have sen the Tomago plant of Courtaulds will have some measure of his great achievement and of his considerable part in the development and employment of Australian resources and man-power.

Today, however, we recognise the great contribution made by George Edwards to the developing independence of this University. Originally a member of the Newcastle University College Advisory Committee, he was appointed by the University of New South Wales to our first Council, and contributed much to its work in preparing its way for independence. He succeeded the well beloved Lyon McLarty as Chairman of the Building Committee, and, then when independence came, he was elected the first Chairman of the newly independent University Council. The gift of leadership came easily to George Edwards, and although in the past year he suffered a major setback in health, under his guidance the Council was prompt to achieve its prime duties - the move to Shortland and the preparation of the By-Laws necessary to the achievement of our independent status.

To the students also he was ever approachable as Council Representative on the Union Board of Management. A nominated member of our new and permanent Council, his colleagues showed their appreciation of his creative work for the University by unanimously electing him as its first Deputy Chancellor.

(Reprinted from Congregation for the Installation of Senator the Honorable Sir Alister McMullin as First Chancellor of the University City Hall, Newcastle, Friday, 21st October, 1966. p.5)