Every time you paraphrase, or use an idea from another source you must include an in-text citation to that source. The general format for a source that has 1 author is:

Australian education providers will need to address a number of challenges to ensure standards of special education are fully supporting students with special needs and their families (Dempsey, 2012).

...new technologies need to be evaluated before large scale investment is made by organisations (Marra & Edmond, 2014).

Please note: The "and" in Smith and Wexwood is written as an ampersand (&) inside parentheses and as the word and outside of parentheses.

First Citation to a Source

If the source has 3-5 authors include all authors names within the in-text citation the first time the source is cited, in the format:

... as described in a case series on manual therapy and exercise treatment for patients with hip osteoarthritis (McDonald, Whitman, Cleland, Smith, & Hoeksma, 2006).

Please note: The "and" in Smith and Wexwood is written as an ampersand (&) inside parentheses and as the word and outside of parentheses.

Second and Subsequent Citations to a Source

... techniques including visual observations during ambulation on a flat surface (McDonald et al., 2014).

If a source has 6 or more authors, all in-text citations must include the first author's surname followed by et al.:

... comparison and sampling based on the grounded theory model formed the basis for data analysis (Endacott et al., 2014).

In-text citations with 6 or more authors

If a source has 6 or more authors, cite only the first author's surname followed by et al.:

... comparison and sampling based on the grounded theory model formed the basis for data analysis (Endacott et al., 2004).

In-text citations where the author is unknown

If the source has no author, include in-text the first few words of the reference list entry and the year of publication.

If the source is a smaller part of a larger whole, e.g. journal articles, book chapters, encyclopedia entries, or web pages, enclose the title in double quotation marks, in the format:

... reports that the first stage of labour is significantly shorter ("Giving birth", 2009).

If the source is a book, brochure or report italicise the title, in the format:

If the source is a corporate author (eg. a university, association, or government department) include the corporate author's name within the in-text citation, plus the year of publication, in the format:

... thousands of teachers, principals, early childhood workers and academics have graduated and gone on to make their mark in and out of the classroom in communities (University of Newcastle, 2009).

If an author's name is known by a common acronym (eg. ABS  for Australian Bureau of Statistics, AIHW for Australian Institute for Health and Welfare), include the full name, plus the acronym in the first in-text citation, in the format:

"Over half of people aged 15 years and older (56%) considered their overall health to be very good or excellent, and 29% stated that their health was good" (Australian Bureau of Statistics (ABS), 2009, p. 3).

In subsequent references, include just the acronym:

In-text citations for works by authors with the same surname

Whenever you reference works by authors who SHARE the SAME SURNAME, but who are in fact different people:

Adding the initial to the author names helps readers avoid confusion with the in-text referencing and allows easier location of entries in your reference list.

The examples below are taken from the official APA Style Blog:

Here we have two articles written by two different authors with the same surname, Campbell:

As the above examples have 3 authors the in-text citations will follow the required pattern for that number of authors.

Whenever you reference more than a single (i.e. one) work by EXACTLY the SAME author (or exactly the SAME group of authors whose names are listed in exactly the same order) and published in the SAME year.

[Note with groups of authors that if the lead author is the same but the order (or authors included) changes, the pattern below cannot be used. See more on the next tab on this page.]

Where the authors/s and year are the same:

Examples are shown below for: 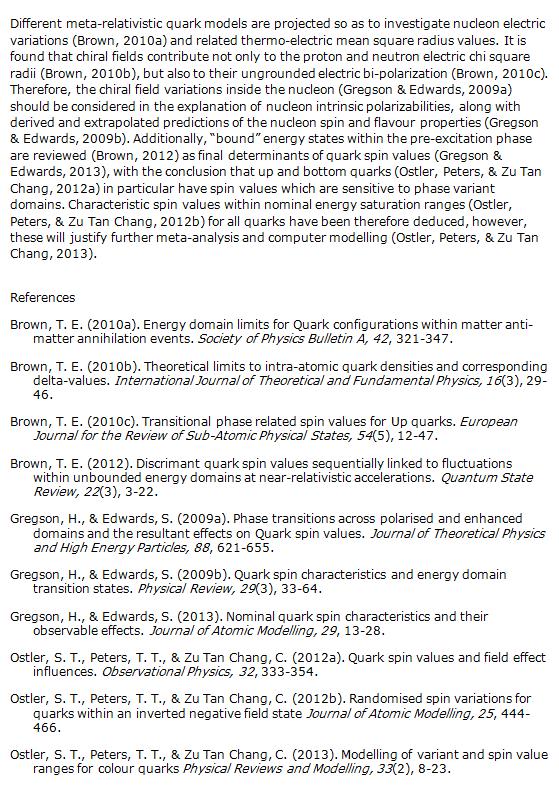 It is common to find articles published by similar groups of authors on particular topics. In many cases these groups of authors will publish a number of articles in the same year. When the lead (first) author is different this is not an issue. Where the lead author is the same it can create an identification issue between sources for in-text referencing.

Where the authors listed in the group are exactly the same, in the same order in the same year, follow the pattern for 'Same Author/s and Same Year' (i.e. adding letters after the Year to distinguish the in-text citations).

Where the lead author is the same but the other authors are different (names or order) in the same year, this pattern is not suitable. To cite these kinds of references in-text, the citations must include enough extra authors to help differentiate the citations. Examples are shown below.

Both of these references have 6 authors. In normal circumstances (Silva et al., 2017) would be the standard formatting for either reference if it was by itself, but as we need to include both in the reference list we need to differentiate them in-text.

As an example of a secondary source is provided here:

In our searching we find an article written by Featherstone in 1999 that has some information that would be useful to reference to provide historical perspective. The Featherstone article includes a quote from another article, written by Begley in 1990. If we cannot access the original Begley article, we could reference Begley as a secondary source:

... research has been conducted studying the falling PPH rates in the third stage (Begley, as cited in Featherstone, 1999)

By following this pattern we are crediting the original author while being able to reference the source we are actually using.

For more information see the page on Secondary sources.

In-text citations that include multiple references

More than one publication

If you need to cite more than one publication within an in-text citation, include each source alphabetically separating each citation with a colon. For example:

Two or more publications by the same author

If you need to cite two or more publications by the same author, list by year of publication, earliest year first. Separate each year with a comma.

Identify works by the same author with the same publication date by adding a suffix (a, b, c, etc) after the year. Ensure that the corresponding reference list entries are assigned the same suffix.

Paraphrasing means putting someone else's ideas into your own words. This helps to show that you have understood the source and are able to apply it within your assignment.

While not officially required in APA, some lecturers at UON may ask you to include page numbers for all your in-text citations - check with your lecturer if this is the case for their class.

If you include a direct quote, that is word-for-word, from another source the in-text citation must include the author, year and page numbers where the quotation appeared.

Direct quotations must be accurate and follow the wording, spelling and punctuation of the original source.

The general format of an in-text citation to a direct quotation is:

Variations will occur depending on the number of authors. (See examples below)

If you include a direct quote, that is word-for-word from a source which has 1 author, the general format of the in-text citation appears;

“These films absorb, through a collage of images, traces of the Italian inheritance of neo-realist cinema” (Acciari, 2014, p. 14).

If you include a direct quote, that is word-for-word from another source which has 2 authors, the general format of the in-text citation appears;

..."the convergence of media means that the dichotomy between old and new media economies is hard to maintain" (Gorton & Garde-Hansen, 2013, p. 298).

If you include a direct quote, that is word-for-word from another source which has 3-5 authors, the general format of the in-text citation appears as;

Any subsequent use of the same resource would then be:

... Sanders et al. (2013, p. 92) reported a "direct proportional increase" in the understanding of these new technologies in a classroom setting.

If a source has 6 or more authors, cite only the first author's surname followed by et al. for the first and subsequent citations.

..."NS-RPLND has been suggested as an alternative for patients reluctant to receive chemotherapy or undergo regular surveillance, the latter being psychologically stressful" (Kopp et al., 2014, p. 646).

Quotations of less than 40 words should form part of your text, and be enclosed in double quotation marks.

..."Historically, nursing competence has long been associated with the more technical aspect of function" (Axley, 2014, p. 218).

Quotations of 40 words or more should not be enclosed in quotation marks. Instead, set the quotation apart - starting on a new line, indenting the quote.

Omitting words from a quotation:

A quotation may be shortened from that included in the original source by including three spaced ellipses points (...) within the quotation to indicate where the omitted words had been included.

Whereas, other researchers "believe that the third stage of labour is a much neglected stage in the process of labour ... and it deserves much greater attention" (Harris & Clark, 2011, p. 856).

Quotations of sources without pagination:

Page 171-172 of the Publication Manual of the American Psychological Association provides the following advice in relation to crediting direct quotations of sources without pagination:

If paragraph numbers are visible, use them in place of page numbers, precede with "para".

If the source includes headings, but not paragraph or page numbers, include the heading and the number of the paragraph following it.

James (2012) concludes "bullying is at epidemic levels in organizations which do not display strong leadership at the top" (Discussion section, para. 3).

Confused about which style of brackets to use?

Both rounded and square brackets are used in APA, but their usage is strictly controlled.

For information on which style of brackets is suitable for your needs, see this online guide.

Choosing between 'and' or '&' for in-text quotations

As the name author–date system implies, APA Style in-text citations include the author and date, either both inside parentheses or with the author names in running text and the date in parentheses. Here are two examples:

The "and" in Smith and Wexwood is written as an ampersand ('&') inside parentheses and as a word ('and') outside of parentheses, as shown in the examples above.

When multiple studies support what you have to say, you can include multiple citations inside the same set of parentheses. Within parentheses, alphabetize the studies as they would appear in the reference list and separate them by semicolons. In running text, you can address studies in whatever order you wish. Here are two examples:

There may be times when you need to use the same reference multiple times in consecutive sentences (or even a whole a paragraph) where there are no other references to break up the in-text citations.

The official APA Style Blog has tips on how to vary your writing to remove referencing redundancies so that you're not just writing (Author, Date) constantly in your text.

Note that their page for this case was designed as a learning example, so be sure to read the comments (such as this one) rather than just looking at the text in the green box (which is the redundant example).