Archives of the Australian Agricultural Company held in Cultural Collections 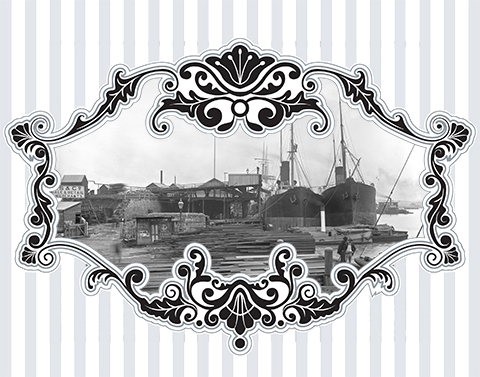 The Australian Agricultural Company's records show how a handful of privileged individuals were granted one million acres in northern New South Wales by the Crown.

The Company was incorporated by Act of the British Parliament in 1824, and shortly afterwards commenced pastoral and coal mining activity, extending from the Hunter to the Manning River. Amongst the Company's extensive Crown grants were lands close to Newcastle that have since been developed into the present day suburbs of Bar Beach, Cooks Hill, Hamilton, Broadmeadow, and parts of the Newcastle Central Business District and the Hill.

As Newcastle's population grew from the 1850s, demand for land, and rising land prices led to the Company's subdividing its Newcastle lands into housing and commercial allotments, at first in the inner city area, and later (with the establishment of BHP) in Hamilton and Hamilton South. The Company's records documenting the process of subdivision and urban development are held in the Archives.

The following is an extract from New South Wales: its resources and business possibilities, edited by J.H. Nancarrow, 1925:

"The Australian Agricultural Company was incorporated in London in 1824 following negotiations with the British Government for a grant of 1,000,000 acres of land in New South Wales on the condition that certain sums of money should be expended in the development and improvement of the land so granted.

Early in 1825 the Company commenced operations in Australia at Port Stephens, and in 1826 at the urgent request of the British Government who had commenced coal mining operations in the Newcastle District, it agreed to take over, develop and efficiently work the coal mines which the Government had opened, but which were being worked in a very primitive and desultory manner. In consideration of this, the Company received a grant of 2,000 acres of land in Newcastle.

The land East of Brown Street and the Terrace (now Terrace Street) was reserved for the Government Township and it is on this portion that the principal part of the City of Newcastle now stands.

Naturally, in a new country many difficulties were encountered and had to be overcome in the development of the coal industry and whilst the first sale and shipment of coal was made by the Company in 1831, it was not until many years later that any material advance was evident. The output in 1836 was little more than 12,000 tons. In 1840 it was over 30,000 tons and in 1854 had reached about 44,000 tons.

As settlement in this infant City of Newcastle spread in a westerly direction, the Company commenced in the early fifties to subdivide and sell its land (reserving, of course, the mineral rights), the standard size of the allotments being one quarter of an acre (66ft. x 165 ft.).

At auction sales in 1853, land in Hunter Street in the vicinity of Union Street was sold at from 17/- [seventeen shillings] to one pound per foot and at corner of Darby Street and Bull Street at about 9/- [nine shillings] per foot.

Up till about 1870, land was only offered for sale as the demand arose, but about that year, in order to stimulate sales, pre-emptive leases of 10 years currency were granted for portion of the Company's land between Bruce and Union (then called Melville) Streets and further south, which leases included the right of purchase at a fixed price, usually ranging from fifty pound to eighty pound or ninety pound per quarter acre block, or roughly, from 15/- [fifteen shillings] to 30/- [thirty shillings] per foot.

The allotments sold had hitherto been of liberal size, but it was not until 1912 that any attempt was made to subdivide on modern town-planning lines. In that year, Mr. (now Sir John) Sulman and Mr. J.F. Hennessy, two noted town planners of Sydney, prepared a design for the then unsubdivided area of the Hamilton portion of the Newcastle estate which design, with but slight alterations, has been adhered to. This subdivision, which is known as the Garden Suburb, is being rapidly sold and built upon and as buyers are required to enter into a covenant to erect a house of a specified value, a very attractive residential area is rapidly developing. With about 240 acres still available for settlement, auction sales are held periodically throughout each year and residents of Newcastle District thus have ample opportunity of acquiring homes in this very desirable locality.

In addition to the Newcastle Estate, the Australian Agricultural Company has pastoral interests in New South Wales and Queensland, the principal property being "Warrah" Station, near Willow Tree, N.S.W. On this highly improved property are bred stud sheep and cattle.

On several occasions in the past, portions of this valuable estate have been offered for sale in subdivision for the benefit of intending settlers and at these sales, the land offered has been eagerly sought after because of its excellent wool growing and fattening properties.

The principal office of the Company is situated in Newcastle and full particulars of land and stock for sale can be obtained from the General Superintendent there.

The archive of the Australian Agricultural Company